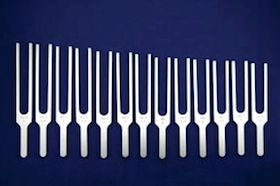 A tuning fork is an acoustic resonator in the form of a two-pronged fork with the prongs (tines) formed from a U-shaped bar of elastic metal (usually steel). It resonates at a specific constant pitch when set vibrating by striking it against a surface or with an object, and emits a pure musical tone after waiting a moment to allow some high overtones to die out. The pitch that a particular tuning fork generates depends on the length of the two prongs. Its main use is as a standard of pitch to tune other musical instruments.

The main reason for using the fork shape is that, unlike many other types of resonators, it produces a very pure tone, with most of the vibrational energy at the fundamental frequency, and little at the overtones (harmonics).

Tuning forks, usually C512, are used by medical practitioners to assess a patient's hearing. Lower-pitched ones (usually C128) are also used to check vibration sense as part of the examination of the peripheral nervous system.

John Shore is credited with the invention of the tuning fork in 1711. John was a trumpeter and lutenist, and he gave one of his early creations to Handel. This fork gives the pitch C at 512 vibrations per second, equivalent to A at 422.5HZ. During the 19th century the standard pitch rose by at least a semi-tone, from 422.5 to 452HZ, a standard known as the Philharmonic Pitch. Eventually the pitch standard moved to 435, known as the International Pitch. The tuning forks in clinical use today are based on the so called philosophical or scientific pitch stated in terms of C at 512HZ.

The first description of the tuning fork appeared in a book by William Tans’ur published in 1746, in which the fork is referred to as the ‘intonator’. Early bone conduction research utilized the tuning fork by such scientists as Weber and Rinne; and Chladni, Lissajous, and Helmholtz all used tuning forks to confirm their wave research. Charcot used tuning forks in relation to hysteria at the Salpetriere in Paris.

Today the fork, as pioneered by Beaulieu (Biosonics) and McKusick (Biofield Tuning) can be used as a sound therapy tool. 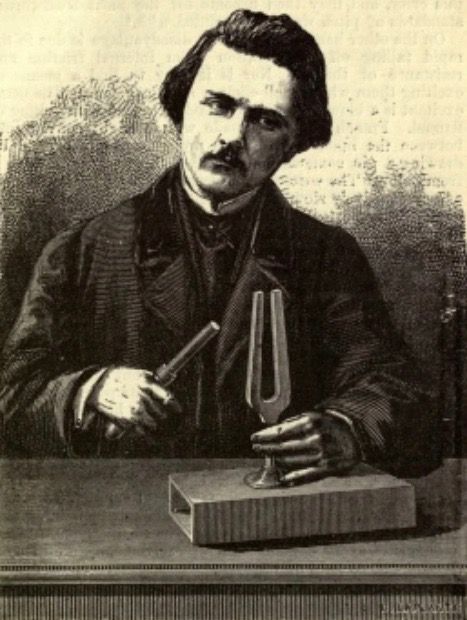 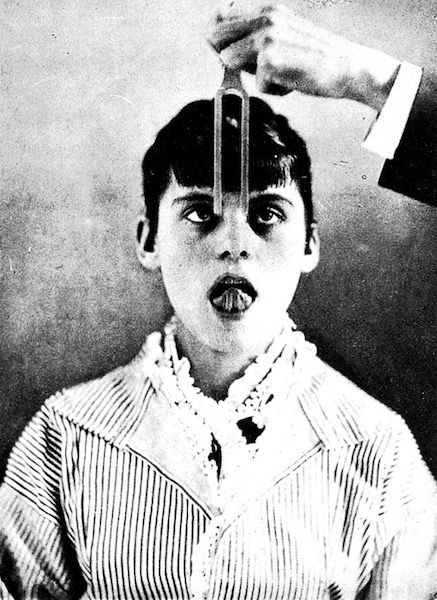