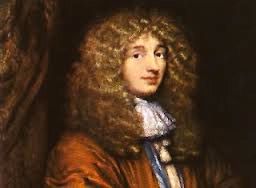 Huygens was the greatest mechanist of the seventeenth century. He combined Galileo's mathematical treatment of phenomena with Descartes' vision of the ultimate design of nature. Beginning as an ardent Cartesian who sought to correct the more glaring errors of the system, he ended up as one of its sharpest critics. ... the ideas of mass, weight, momentum, force, and work were finally clarified in Huygens' treatment of the phenomena of impact, centripetal force and the first dynamical system ever studied - the compound pendulum.

It was through his work with pendulum clocks that he observed the physics phenomena of resonance known as entrainment. He is created by the West, as having been the first to observe this. However, Robert Hooke, a contemporary of Huygens, also made this observation; and 200 years earlier, a monk at a Taoist temple in China, had recorded this observation through resonating bells.

Huygens described the 31-tone equal temperament in Lettre touchant le cycle harmonique. This has led indirectly to a tradition of 31-tone music in the Netherlands in this century.